Yes it still is especially in the fucked up oil and gas industry. They tag everything safety sensitive to circumvent your charter rights

That's gotta be contrary to the Voices and Choices Act.

Yeah it's a fucking mistrial!
Top

Not missing booze a bit. I may cave on the weed soon though.

Oh fuck ya i cant do that. I had to piss clean for work a few times which required a few weeks off.

Worst 3 days of my life

How long before you can get clean piss? My employer had been nudging to take my class 1 which I don’t really want. I like my gig as it is and I don’t want to drive period even if it’s just a preload or a switch. Too many idiots out there and sure as shit I’d be the guy that gets asked to piss in a bottle.

I think class 1 needs an annual physical including piss screenimg but not 100%.

I pissed clean after 3 days and taking the drink you get from the head shop. I'm pretty well worst case ontario so it works

Is it an issue now that it’s legal?

Sure. Still fucks up your brain and slows down your reactions.
So you don’t want druggies using heavy equipment,
Whatever you do, always give 100 %!
Except when donating blood.
Top

Not really. I can think of lots of far shittier contracts.

But will you still say that if Willy puts up the same numbers next year.

Thats how he plays now tuner. A mill a goal or he wont even tie up his skates

As for him practicing with AIK, who play in the second tier league these days, that’s surely fine in the off season, but once the season started, they started playing games and he didn’t. He just sat on his couch wondering why Toronto didn’t call.

My guess is he ought to bounce back to his regular 60 point level, which doesn’t make him a superstar, but still a pretty good player that virtually any team in the league would be happy to dress. Slightly overpaid, but I guess they figured, given his young age, he might still improve his numbers a bit.

At 23 Markus Näslund had yet to score more than 55 points in a season. He was 27 when he had his first 40 goal season and he peaked at 30 with 48 goals and 104 points, so to suggest someone has passed his best before date at 23 might be a bit premature.
Whatever you do, always give 100 %!
Except when donating blood.
Top 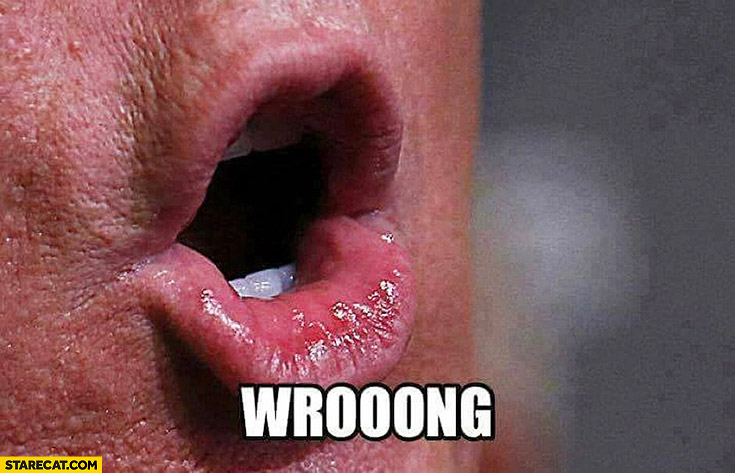 
<extreme close up image of sphincter with teeth saying "WROOONG">

The greatest concentration of cannabinoid receptors reside in the striatum and substantia nigra, parts of the brain responsible for coordinating movement. These brain regions also deteriorate in Parkinson’s Disease, and like Parkinson’s, one of the signature effects of THC is poor motor control. That’s partly why marijuana, like alcohol, compromises driving ability. A recent study from an emergency room in Canada found that 20 percent of driver’s injured in car accidents had THC in their blood, even though, according to UN estimates, only 4 percent of the population smoked in the past year. A group of researchers asked the marijuana users about their driving habits and determined that the drivers were 4x as likely to crash when they were high compared to when they drove sober at the same time of day.

Cannabis lowers activity in both ACC and DLPFC clusters, and for people with normal brain function this could lead to problems in executive function and decision-making. Cannabis is likely to cause inaccuracy in error monitoring, leading to misperception and performance issues due to mistakes, and may impede function during high-conflict situations, from both errors in judgment as well as from altered decision-making and subsequent execution. Decreased DLPFC activity could lead to emotional regulatory problems as well as decreases in memory and reduced attentional control.

Now, if you mean that it does not fuck up your brain permanently, you do get the benefit of the doubt. Studies have shown damage to the white brain matter in heavy pot users, but have not been able to establish cause and effect, ie whether they have brain damage because of smoking pot, or if they more easily become addicted to smoking pot because of their brain damage. Studies have also been able to show permanent brain damage caused by THC in mice and monkeys, but it is harder to conduct that kind of studies on people, and the studies on people that have been made have a hard time discerning between what is caused by the weed and what is caused by other factors, so there is little hard evidence to permanent brain damage caused by THC, even if there is a lot of circumstantial evidence to that effect. Well, except for those that smoke in their early teens. There is some evidence that smoking weed during your adolescence will lead to permanently lower IQ.


The research detected greater increases in errors in cognitive tests on the teenagers using cannabis - while they were taking the drug and after they had stopped.

These effects were seen in working memory, reasoning and their ability to control their behaviour.

"Their brains are still developing but cannabis is interfering with that," Prof Conrod said,

But the immediate effect is clear. Smoking or eating products with THC mess with your memory, your decision making ability and your motor skills. And unlike alcohol, which leaves your system within hours, THC may linger in your body for up to a week, or in heavy users several weeks. THC is also stored in your body fat, and can be re-released into your blood stream if your body burns fat due to eg fasting or exercising.

Thus it does fuck up your brain, at least short term, and it is only logical that employers do not want those that operate heavy machinery, or do other things where slower reaction/decision making, poor attention span/focus and impaired motor skills could cause dangers for others, to smoke weed.

The good news is that for those that have only used pot as adults, after three to six weeks of abstention, it is hard to notice any cognitive function impairment compared to non-users.
Last edited by Per on Thu Aug 15, 2019 6:49 am, edited 1 time in total.
Whatever you do, always give 100 %!
Except when donating blood.
Top

Yup. One of the few benefits of playing for a team that is not a contender.
Well, that and early golfing.
Whatever you do, always give 100 %!
Except when donating blood.
Top

He set records at it. You know how many great players from the HHOF have played in that?
Top

I'll put up big $, who's taking it. Nylander under 61 points this year. Who takes it?
Top

Per needs a cookie or something. You can call it research.
Witchcraft... Oh, but it IS. A dark and terrible magic...
Top

Youre going all in on him hitting double digits?

At $7 Million per year, he’d better put up 61 points
"I just want to say one word to you. Just one word. Are you listening? - Plastics." - The Graduate
Top

He set records at it. You know how many great players from the HHOF have played in that? 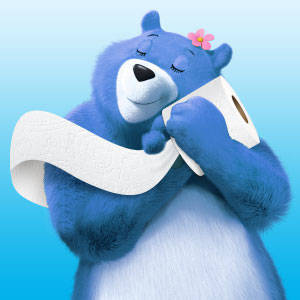 Better than that. Today is the third Thursday of August!
Surströmmingspremiär!

During the production of surströmming, just enough salt is used to prevent the raw herring from rotting while allowing it to ferment. A fermentation process of at least six months gives the fish its characteristic strong smell and somewhat acidic taste. According to a Japanese study, a newly opened can of surströmming has one of the most putrid food smells in the world, even stronger than similarly fermented fish dishes such as the Korean hongeohoe or Japanese kusaya.

But foreigners don't seem to appreciate it.

In 1981, a German landlord evicted a tenant without notice after the tenant spread surströmming brine in the apartment building's stairwell. When the landlord was taken to court, the court ruled that the termination was justified when the landlord's party demonstrated their case by opening a can inside the courtroom. The court concluded that it "had convinced itself that the disgusting smell of the fish brine far exceeded the degree that fellow-tenants in the building could be expected to tolerate".

My wife had me open a can of that crap when i was there. I should've known shit was up when she was filming...