Rumsfeld wrote:Sbisa and Dumba shouldn't be on the ice at the same time, it's too confusing.

Great rush by Hutton there. Kid's got a future, a real bright spot in a shit season.

Tanev looks like he's getting sick of this shit lol.
Chairman of the Jim Benning Appreciation Society
Top

Too bad . They were right there . If not for a few posts they win this game . Linden Vey getting the third most amount of toi among the forwards is the way to go . Willie will get this team sorted out . Chin up guys !! The playoffs are two months away and we can bootfuck the Hawks easily . I think they got shafted by the officials tonight as well .
“Gohmert and Bumpty sitting in a tree”
Top

The team has quit. Pretty sad really. I have seen the future without Edler and it's scary.

Markstrom with an average night. No push up front. D very average. No energy, no push. Well we did get 2 on the PP so that's something.

Sad that this is the way it ends.
The only HW the Canucks need
Top

This team is finally doing something right and at the right time… losing badly.

They're trying but this is just a legitimately bad team right now. This should make it easy for the owner and management to see that they need to go in a definitive direction.

Suck it up and rebuild… as painful as it may be short term. Be sellers. Hopefully this will get some of the vets to waive to a contender.
Try to focus on THIS year... again
Top

Hockey Widow wrote:The team has quit. Pretty sad really. I have seen the future without Edler and it's scary.

I have seen enough of Bartkowski and Weber... They are terrible. Seriously, Bartkowski is just Mason Raymond on defense...

JB should send Bartkowski and Weber packing... Shit, I forgot that no teams wanted to Weber for free.
Top

I don't want to be a downer... but I'm starting to think they're not going to make the playoffs.

Every time I look out my window, same three dogs looking back at me.
Top

I was at the game tonight and it was even worse live. There's way too little push from the back end, aside from the Hutton/Tanev pairing. Hamhuis was very good but has to cover for Sbisa all night, who is a train wreck. Bartkowski is just as bad and Biega needs to play 10-12 mins a night as a 6/7 guy. The D is abysmal over all, the worst I can think of since the Enrico Ciccone days of 97/98.

Markstrom was bad too - you can see what happens when the goalie isn't the best player on the ice. Markstrom and Miller have both been very good lately and made the team look better than it is, sad as that sounds.

I'm assuming Jimbo and Trevor might be getting it through their thick skulls now that this team is broken, and it's time for major surgery. It should start at the deadline if they are smart.
Top

BurningBeard wrote:I don't want to be a downer... but I'm starting to think they're not going to make the playoffs. 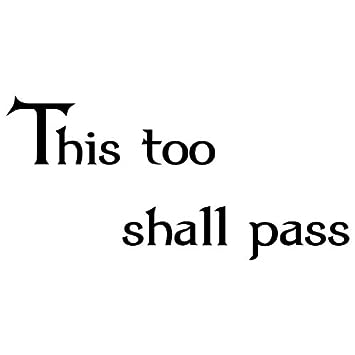 Hank wrote: They're trying but this is just a legitimately bad team right now. This should make it easy for the owner and management to see that they need to go in a definitive direction.

Suck it up and rebuild… as painful as it may be short term. Be sellers. Hopefully this will get some of the vets to waive to a contender.

Something that several around here have been saying for a while. There's no need to get rid of everyone because we're bad enough as it is. The Sedins clearly don't have the support to do anything with this team, the defence is simply abysmal, the coach doesn't have much of a clue and the GM believes he can push for a playoff spot with this roster. We'll tank all on our own, thank you very much.

Wow Linden Vey with the third most ice time?

Ahead of Horvat and others.

I hope WD has kept all his money and invested because he will never be in the NHL again after this seaon.
Top

I feel like Robert Duvall standing tall on a beautiful beach with bombs going off everywhere paying no mind surrounded by the chicken shit unfaithful "Charlie Don't Surf!" Mother fuckers! The wild card race is right there, we can do it!
DOYLE WOULD’VE RATHER HAD KEVIN HAYES AT 7 YEARS 7 MILLION PER INSTEAD OF J.T. MILLER FOR A LATE 1ST RD PICK
Top

"For his hamburger mamma"
Over the Internet, you can pretend to be anyone or anything.

Welp....I'm just going to go ahead and say it. This is my first regular season game at Rogers Arena in a long time...and the Edmonton atmosphere is way better. It's nasty and gross to admit but it's true.
In Okinawa, all Miyagi know two things: hockey and karate.
Top
Post Reply
70 posts