I'm here and will be attending so the boys better have a lot better effort than they did on Saturday. FWIW I'm glad I never shelled out the big bucks to see the game the other day. What a joke.

New day, new game. Markstrom gets the start and Horvat and Hamhuis are both in. New coach in Minny with something to prove, and an old coach in Vancouver who has to be feeling under the gun following recent criticisms.

Have fun and look for Bartkowski's mom in the stands... 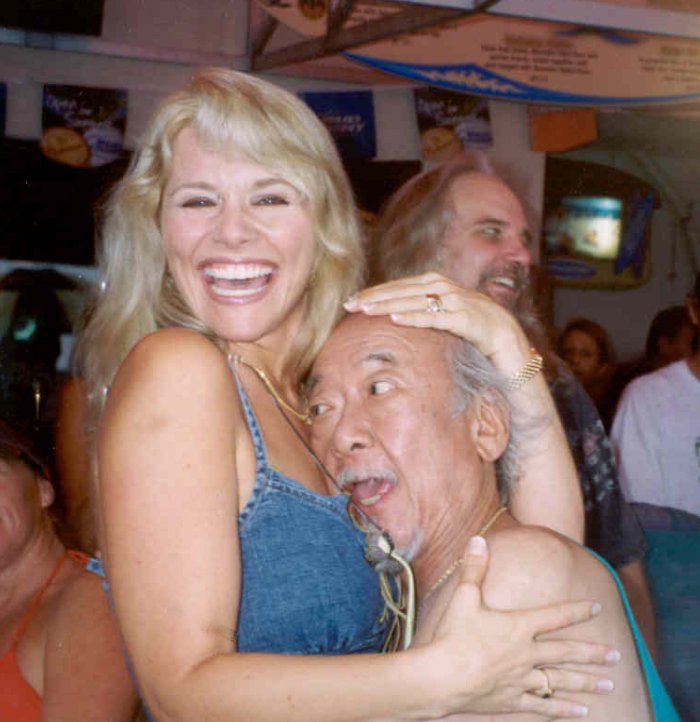 And you thought she was excited before...better get murph ready for the post-miyagi interview
In Okinawa, all Miyagi know two things: hockey and karate.
Top

Will this be another night of the calm, cool and collected Canuck fans vs the High Maintenance, short-sighted, Golden Shower, caterwauler, pant shitter boyz at the CC here?
DOYLE WOULD’VE RATHER HAD KEVIN HAYES AT 7 YEARS 7 MILLION PER INSTEAD OF J.T. MILLER FOR A LATE 1ST RD PICK
Top

Mr.Miyagi wrote:I'm here and will be attending...

My condolences.... I hope they provide at least some entertainment for you.

But then the best part about being a Canucks fan is seeing which team shows up on a given night.
2021 - Playoff Bound
Top

RoyalDude wrote:Will this be another night of the Elmer nut licking Canuck fans who are delusional enough to believe the team wouldn't get ass raped in the playoffs vs the High Functioning, future watching, Golden Brained, cool boyz at the CC here?

“Gohmert and Bumpty sitting in a tree”
Top

What do Blobbee, Booth and Ballard all have in common?

They all got bought out
DOYLE WOULD’VE RATHER HAD KEVIN HAYES AT 7 YEARS 7 MILLION PER INSTEAD OF J.T. MILLER FOR A LATE 1ST RD PICK
Top

RoyalDude wrote:Will this be another night of the calm, cool and collected Canuck fans vs the High Maintenance, short-sighted, Golden Shower, caterwauler, pant shitter boyz at the CC here?

Which posters are those, team tank or team patience?

Cause no one should believe that the canucks would make much more noise than a popcorn fart in the playoffs but the team should still be hell bent to get there.

Team tank is dillusional if they think at top five pick will get them a much better shot at drafting Moses than if they squeak into a wildcard berth.

having said that however, I'm still in favour of flipping Hamhuis, Verbata, Burrows for more draft picks

I don't see that as hurting their chance for a playoff spot none of them have contributed much this season due to injuries, inconsistency and apparent lack of give a shit in Verbata's case.

But in the mean time die wild die
Top

Awesome when the commentators talk about a player not scoring for awhile and that player scores.
A long time ago, a baseball player remarked: "If I owned a ballclub, I'd hire a $5,000 coach and a $15,000 scout."
Top

I am pretty much with HW right now. Can't cheer for a loss but am realistic enough to believe we will be no threat in the playoffs. Just wish we could play well but still get a top 5 pick. Ideally top 3.

I'm only watching the game because of our young players
Hockey is Life, Nothing Else Matters
Top
Post Reply
70 posts