The Glass is Half Empty....

I can't wait til Meds compares Higgins to Dustin Brown or Zack Kassian to Milan Lucic
"I just want to say one word to you. Just one word. Are you listening? - Plastics." - The Graduate
Top

Mondi wrote: Cory has been playing behind Luongo, not his fault how the organization handled him. All he did was outplay the active wins leader (outside Marty) and eventually take his job.

.... so what you're saying is that Roberto Luongo is one of the greatest goalies in NHL history.

BTW one hasn't "taken the #1 job" until one plays a minimum 42 games in a season.

Until that point one has merely been on a hot streak.

Still waiting for Coco and Pot to swoop in here and say the same things while looking unflinchingly into each other's eyes... 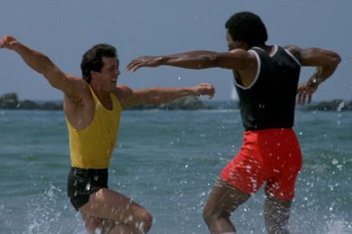 You still don't get it do you?

One can't "pro-rate" in this matter.

Schneider needs to prove he can play NHL starter-type-number-of-games before he is deemed an NHL starter.

Call me after he has a coupla 60+ start seasons under his belt...


Mondi wrote: But sure, sure, Cory has been on a 3 season "hot streak" and panicking the entire time.

Well apparently he only panics some of the time.

One wonders how many games those panic attacks cause him to miss.

For example, was Luongo left in the net for those blowout losses

... you know, those blowout losses that ruined his stats in a shortened season

... because Cory was melting down on the bench at the thought of going in?

We just don't know, do we Mondi?

Mondi wrote: Luongo is trending down and has been surpassed by Cory for this season and any future season.

So the #2 goalie in New Jersey is better than the #1 goalie in Vancouver?

Strangelove wrote:So the #2 goalie in New Jersey is better than the #1 goalie in Vancouver?

I find that hard to believe...

Yeah, I'm trying to use up my monthly gif allowance.
Chairman of the Jim Benning Appreciation Society
Top