Farhan's $0.02: Hats off to the LA Kings, and other thoughts

Waffle wrote:Do I detect a note of sarcasm there Puck? I hope I have read you correctly.

If you make a couple of mistakes more than your opponent, you may win. If you make a whole bunch more, your chances of winning are drastically less. How many mistakes did you see LA make?

The mistakes weren't just on plays that resulted in goals for LA. The mistakes took many forms: give aways or not clearing the zone attempts that resulted in more in your zone time and scoring chances for the other team (and thus less for your own and more work containing them); poor moving the puck decisions; poor line changes; dumb penalties; more yapping than playing; and so on.

if you believe that LA has a significantly superior team compared to the Canucks, these numbers will make sense although I would challenge any statistical basis for that belief. If you believe that they aren't, then you will wonder if there are other reasons for these numbers. I believe that mental fatigue played a significant role and that the Canucks were just mentally not playing well, ie, making mistakes. There were definitely other factors too, like Kessler's problems, and perhaps Bieska if the rumors are correct. I will concede that Keystone cops isn't the best descriptive phrase to use, but I couldn't think of a better one to convey the idea that the Canucks, as Salo said, made way too many mistakes.

I think we are going with this theme Waff 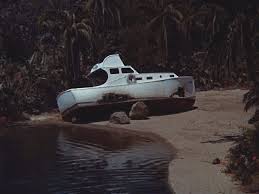 Waffle... nope, no sarcasm. Just a straight up comment that at least 3 times the 'Nucks were scored on whilst the D ran around in circles and knocked each other (and sometimes our goalie) over. My post was intended to compliment yours. It seemed uncharacteristic of this team to run around like that.
Top

I was trying to think of an analogous situation where people did wrong things all over the place and the ending was not good...sort of opposite to the Pink Panther movies.
Top
Post Reply
33 posts