The first round is usually the most entertaining.

I'd love to see the AVS upset the Flames.

WANT TO SEE BOSTON TAKE IT TO THE LEAVES.

It would be great to see the NYI move onto the second round. Just to piss off leave fans and Tavares.

All in all, Im rooting for Tampa to take it all. Just because Stamkos said no to the leaves

The only HW the Canucks need
Top

Think I am {gasp} cheering for the flames in the West.

Boston over Leaves for sure. My hatred of the B's pales in comparison to my disdain for the Leaves.

I think I am with you on Tampa.

Is there a greater likelihood of EK and AP coming to Van if Sharks and Blue Jackets get smashed in the first round? If so, that's what I am cheering for.
Invincibility lies in oneself.
Vincibility lies in the enemy.

tbl over bj's
can the Leaves 'slay the dragon' bruins?
caps over canes
upset time NYI over pens
A long time ago, a baseball player remarked: "If I owned a ballclub, I'd hire a $5,000 coach and a $15,000 scout."
Top

My picks as well, really looking forward to watching the blues and jets kill each other, those are some big boys on both teams.
Top

Boston over Leaves for sure. My hatred of the B's pales in comparison to my disdain for the Leaves.

I think I am with you on Tampa.

Is there a greater likelihood of EK and AP coming to Van if Sharks and Blue Jackets get smashed in the first round? If so, that's what I am cheering for.

No way can I cheer for the Flames in the West.....just can't be done.

Pulling for Nashville a bit. It would be great if Bonino could get another Cup.....if for no other reason than to listen to the trolls around here go on about how Benning only managed to get Sutter for a guy who now has 3 rings.

Go Jets Go as far as teams from Canada go.....and honestly they are who I want to see come out of the West.

I wonder if EK winning a cup in SJ would make it harder for the Sharks to keep him around from a price point perspective?

I trust nobody around here is cheering for the Leaves.

Would also like to see the Islanders move on for the sake of their fans and just for Tavares and Leaf Nation.

I'd be alright with the Caps repeating.....but won't be upset with Carolina knocking them out in an upset.

I would actually enjoy seeing Columbus upset the Bolts. It won't happen, but it would be cool.

As for AP in that scenario.....I really don't think he stays in Columbus no matter what, and his likelihood of coming to Vancouver will not be at all influenced by how far he goes in the post-season. Panarin is your typical Russian uber talent. He wants the cash, and he wants the lifestyle.
Top

I think Carolina will upset the Caps. I was very impressed by their play this year. And this bunch of jerks Surge thingy has them tight. They have that special something going that Vegas had last season. Knocking off the champs will be the bow on a great season, but no one is knocking off Tampa.
We are all Jim Benning.
Top

Caps in 5
Pens in 6
Lightning in 5
Bruins in 6
The 'Chain of Command' is the chain I am going to beat you with until you understand I am in charge.
Top

Avs in 7 (hoping for the Flames, but I don't want to jinx them by picking them to beat the Avs)
Sharks in 7
Blues in 6
Preds in 6

Lightning in 5
Pens in 6
Bruins in 5
Capitals in 4
Whale Oil Beef Hooked
"When you come to a fork in the road, take it" - Yogi Berra
Top 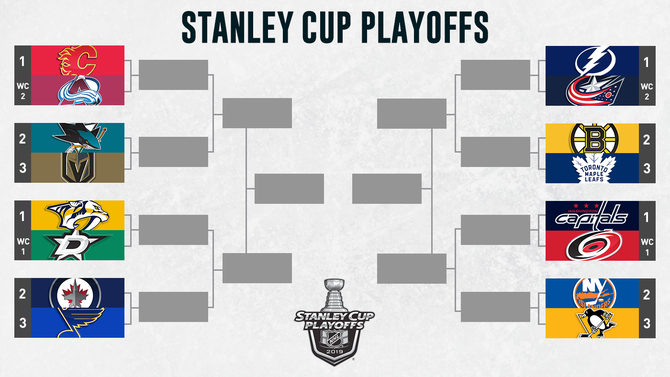 I agree with Doc, and will save some typing.