Burke on 650 said Edler is looking for 3 years Benning only offering 2. He figures Edler will see if he can get 3 years from another team but he doubts it.
Top 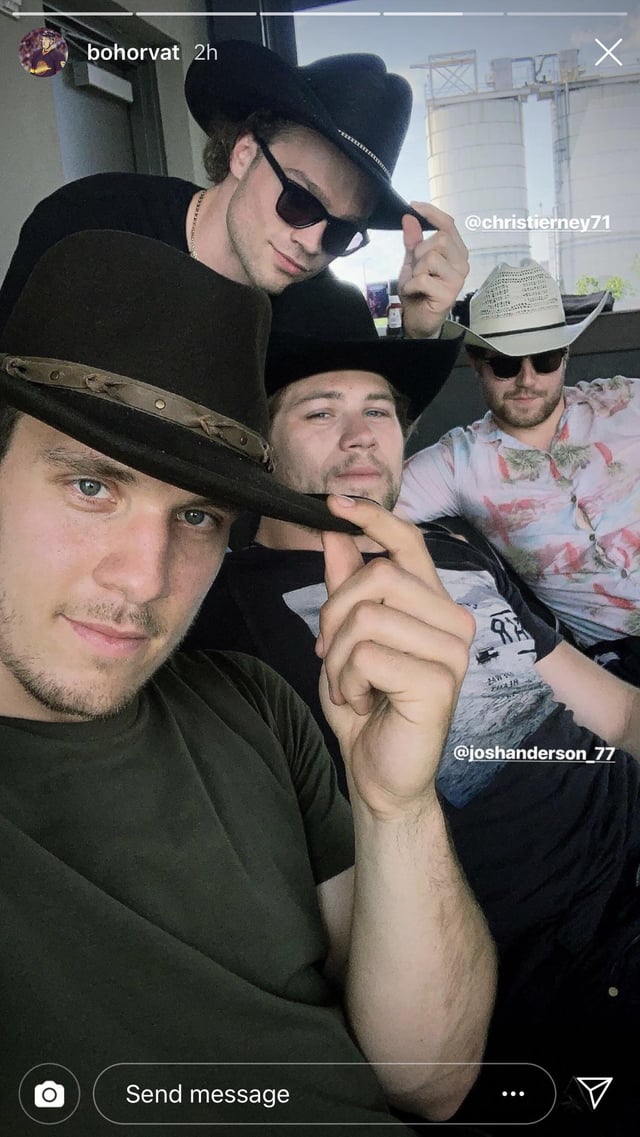 .
Bo Horvat's bachelor party. No Canucks but the guy standing up is Max Domi.
.
.
.then again, it might just be a bunch of dudes watching a re-run of Gunsmoke..
"evolution"
Top

In a major shock, Pettersson officially wins the Calder.
Top

Congrats to him, well deserved.
Top

And yet, every site I go to is yapping about giordano being the first flame to win the Norris............

TSN's homepage has a picture of Petey with the Calder.
Top 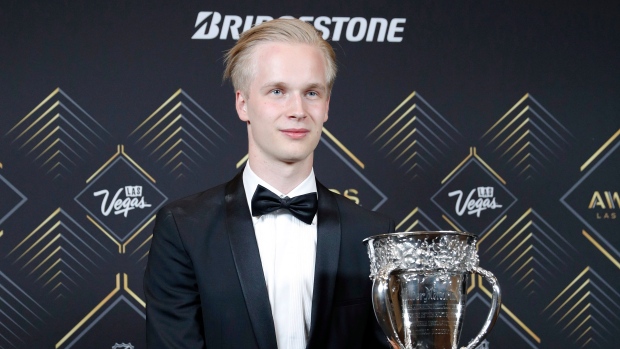 with a *
Over the Internet, you can pretend to be anyone or anything.

Vilardi
If you need air...call it in
Top

The kids gotta very bright future ahead of him
Top

Bump to update, getting closer with Miller and Edler moves and Pouliot being set free.
Still need one more top six winger and a decent right shot Dman before the season starts.

We are all Jim Benning.
Top

A significant piece may be possible and I would suggest making Baertschi the main player leaving.
Obvious reasons that obviously should not be thrown around in a too obvious fashion.

I am afraid this may be a time limited option. Sort of urging management to go in this direction.
"evolution"
Top

Baertschi has top six skill, but can’t be penciled in on the top six because of his injury issues.
I doubt he has much trade value because GMs know another bump to the head could end his career.
If he can stay healthy he would give great third line depth and a good replacement in the top six when someone else is injured.

Not much out there in FA for right-side D besides Myers, but the fear of over-committing to an expensive contract is justified. There just aren’t many other options out there to fill the Canucks biggest need.

They might be able to hold off filling their empty top six winger slot. They may get lucky with a capped out team trade, or a cheaper late FA signing, or even grabbing someone off waivers at the start of the season. They could also try to make do with the players they have by bumping them up to the top six (Baer, Jake, Gaudette, Leivo), but ideally they would get an upgrade there.

I won’t be surprise to see Hutton moved out for a top six winger at some point if Juolevi shows he is capable of playing in the top six or if Tryamkin returns at some point. I could also see Hutton being traded out if the Canucks sign two FA defensemen. The cheaper one being a veteran bottom six pairing type, who is around for only a year or two while Juolevi, Tryamkin or other prospects are developing. The top two left-sided Dmen on the Canucks are Edler and Hughes, so Hutton who I think would have value to other GMs, is becoming expendable for a trade. Keeping Hutton around for a little while instead of signing a veteran FA is okay, too.
We are all Jim Benning.
Top
Post Reply
1016 posts