Shanahan is a complete moron and the NHL is losing what little credibility it had.
Top

dbr wrote: Honestly guys, just remember that "fairness" and "consistency" and "punishing the act/intent rather than the outcome" aren't even close to the top priority when it comes to supplemental discipline. There's a whole lot of head scratching and teeth gnashing going on over these extremely predictable outcomes..

So, for those of you keeping score at home, the interpretation of NHL rules, disciplinary actions for those who break the rules and in-game officiating can be modified as needed based on:
This is just a short list, but one we can probably agree on and cite examples for each item.
Top

Soapy wrote:No real suspension for Kessel.....wow...
the rest of preseason and that's it.

Is this to be considered any sort of punishment at all?
Does Kessel lose salary?
Does the team suffer? Top liners are often healthy scratches in preseason.
Was there any chance that Kessel wouldn't survive roster cuts?

Consider this: last game of season for a non-playoff team, player chops someone the same way. player gets 3 game suspension... when? Not in preseason, that would be ridiculous. Why bother? It has to matter, right? So, why is that different?
Top

Rayxor wrote:It has to matter, right? 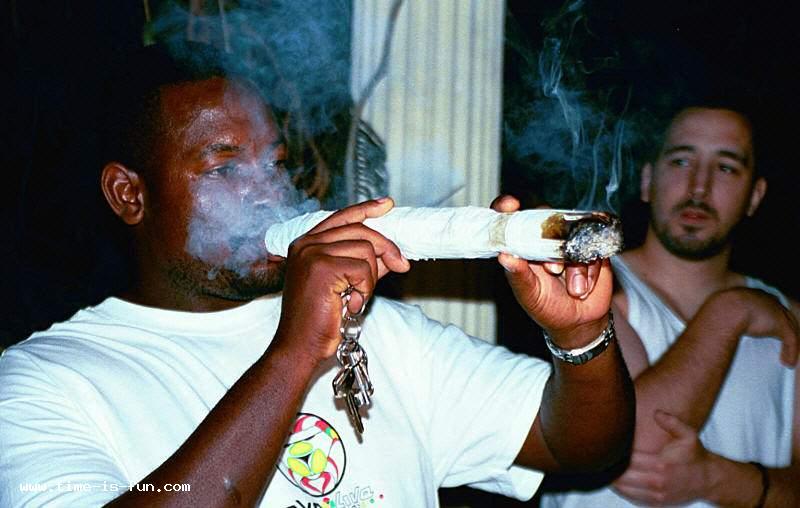 oh and you cant fly on one wing... *check out the dudes eyes reaching for it lol
Witchcraft... Oh, but it IS. A dark and terrible magic...
Top

Rayxor wrote:Is this to be considered any sort of punishment at all?

The league should just create a suspension matrix that removes any doubt from situations, or at least sets broad guidelines of what we can expect. That way the soap opera side show aspect of these situations is removed and players, teams and fans know what to expect. If they can do it for minor and major penalties, they can do it for suspendable penalties as well.
Top

Herb are you suggesting the league make sense.

Why yes, I suppose I am.
Top

BigTuna wrote: How about the Leaves getting stripped of a draft pick over a 50k payment to a Swedish club over Grogren? Or how about the massive fine over a bet Ron Wilson had with his own players when Jerome Iginla admited doing the same thing to the media and the Flames got squat.Or how about Mark Bell getting a 10 game suspension or a personal issue he had with police when everyone said he'd get nothing because he was a Leaf.

While you guys think the Leaves get favours, they clearly don't. Most of Betteman expansion mistakes get the favours. They arren't losing money or draft picks over things like that. The Leaves will never be hurt over suspensions or fines, so they will get hit as hard as everyone.

And I do thin k there is a good chance Kessel gets 1 or 2 games out of this.

Oh, and a fine for Wilson... employed by one of the richest clubs in the league. Excuse me if I don't cry a river over the injustice of it all. How many games did that cost the Leaves this season? Care to try explaining how the league screwed the team competitively there?

Oh Mark Bell, who could forget the immortal Mark Bell? 10 games, when other players have had their seasons ended due to substance abuse (Theo Fleury for one). At least guys like Fleury didn't wait for the league to take him out of the season. How much did the Leaves miss Bell's whopping 4 goals??? Oh, but the Leaves, you know, they are hard done by the Buttman I tell ya.

Yeah Buttman saves most of his unethical competitive tampering to his expansion darlings, but don't insult people's intelligence here by crying 'Victim of The Buttman'. It just reinforces why people coast to coast hate Toronto fans.

You can try to downplay these examples, but other teams aren't getting these.

Losing a 4th round draft pick opver a transfer fee is indeed a big deal.
Top

Kessel needed to get hit with five games for that nonsense. Either that or force him to bleach his teeth.

“ROR IS OVERRATED, MACKINNON IS A BUM, TAVARES IS DONE”
Top

Love how Shanahan said the first slash was "in self-defence", that he suspended Kessel for the second one.

(after Scott was tackled by 3 Leaves)

And Shanny felt he had to point out the 2 slashes Kessel dished out against Philly to justify this suspension.

So the slashes in the Philly game are a factor in this suspension but the first slash on Scott was NOT??

Meanwhile the spear to Scott was not worth even mentioning??!!

No wonder the general consensus among hardcore fans everywhere is that Shanny is Captain Kangaroo.

No wonder the players are confused about what is... and what is not... completely unacceptable.

He fines the Sabres coach for leaving Scott on the ice after a small Sabre got beat up by a big Leaf.

Doesn't fine the Leaf coach (as per the rule book) for Clarkson sneaking in off the bench.

John Scott has a degree in Mechanical Engineering (Michigan Tech).

He managed to goad two top-6 forwards on a divisional rival into suspensions.

Perhaps he's a "hockey goon" and a genius?

Strangelove wrote: No wonder the general consensus among hardcore fans everywhere is that Shanny is Captain Kangaroo.

I didn't think I would ever fell nostalgic for the days of Colin Campbell.
Top

I find it amazing that the league doesn't find it worthwhile to go through a benchmarking exercise and set some well know best practices for suspensions. Every other industry in the world does this, but not the NHL.

At the very least they could do something like say a headshot with no injury is two games, with an injury is five games, with a severe injury is 10+ games, etc. This would at least show the league has some transparency and creditiblity. Instead, they have this system where the whole world is in the dark, there are no clear guidelines and Shanny sits in an office somewhere mulling it all over.
Top

Its a joke....I know this isn't news but gee whiz....its so bad its funny
Getting old is not for the young...
Top
Post Reply
84 posts